Showing posts from November, 2016
Show all

On book launches and launching poems 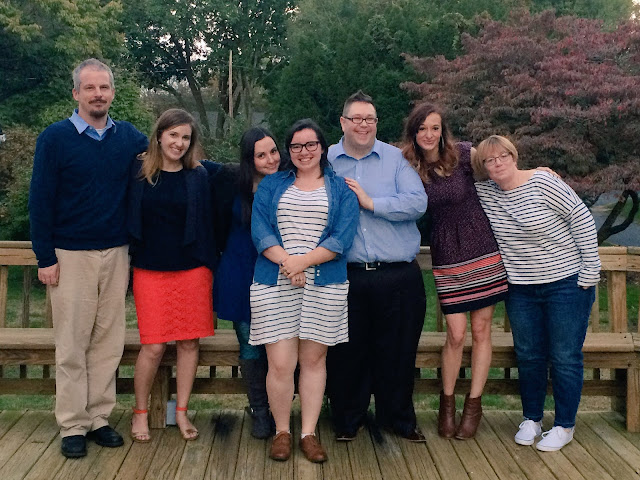 In the past two months we've held two launch events for newly-released Still Life with Poem: Contemporary Natures Mortes in Verse, which I co-edited with my friend Jehanne for the Literary House Press; we've waded through over a thousand submissions for the third issue of Cherry Tree; and although I haven't been able to get much new writing done, I did manage to send out a batch of poems to thirteen literary magazines. I'm pretty exhausted!

I gave the introduction (a first for me) and also read my poem, as well as two others from the anthology.

We had some delicious food, debuted a beautiful commemorative letterpress broadside that I helped to design and print, and decorated the space with still lifes made up of gourds, antlers, tarot cards, and other things. It was…
1 comment
Read more
More posts