December 25, 2019
In this last month of the year, I've had five poems accepted by three different literary journals and two new reviews of my book appear in The Cincinnati Review and Harbor Review. I also completed the letterpress printing of the Rossetti Prize broadside for American Literary Review, designs for four more digital broadsides, and the initial edits & contributor proofs for Cherry Tree's sixth issue. Whew! It's been an amazing and overwhelming and utterly fulfilling year; and I'm riding into the new year on 2019's coattails.

One of my favorite December inventories will always be reflecting on a year's worth of personal accomplishments and progress. By the time the end of the year arrives, it's so easy to forget all that happened just a few short months ago. Making a list has a way of bringing it all into perspective. Here's my roundup for the year:

And since the end of this year also marks the end of a decade, I've decided to zoom out even further with my list-making. In January 2010, I was 23 years old. I had graduated from college about a year and a half before. I was working full-time as a library assistant at the public library in town (where I had worked part-time since high school). I was renting the apartment attached to my grandmother's house on Goose Hill with one cat and one dog—and I had just recently started this blog. I was writing poems as much as I could and actively submitting them to literary journals, but I hadn't yet received my first acceptance (which wouldn't come until fall 2011). So much has changed since then; and so much is still left to change in the next ten years.


I'm incredibly proud of all I've accomplished in the last decade, of how many writing goals I've been able to realize. But at the same time, I'm already feeling the pull of the tide of the next ten years. Change (and the need for it) electrifies the air around me and those I love. It makes me both anxious and excited, but I'm looking to the future.

There's a lot left to plan and do in this next year, the start of a brand-new decade, but here's some of what I've got lined up so far:


As always, if you or your program/reading series/bookstore/library/etc. would like to have me come for a visit, please reach out to me at my email address! I'm currently looking at dates for summer & fall 2020 for poetry readings, talks on poetry craft, etc.

I'm wishing all of you a happy, healthy, & poetry-filled new year! xo 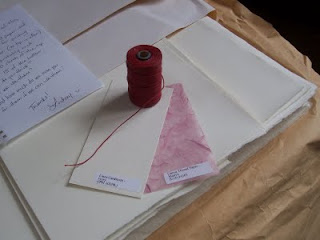 All three poems have been set now. So we shift focus to what they will be printed on (I tried this sentence without ending in a preposition and it just didn't work for me--so excuse the grammatical error). For the text paper, Emily and I searched the bowels of the print shop at the Literary House (Mike always some great extras laying around). We decided on a creamy white handmade paper with soft deckled edges. For the cover and end papers we went to Paper Mojo . They have some absolutely beautiful paper! After ordering some samples and having a look at them in person, we decided on the Mauve Unryu Thread paper for the end papers (figuring that the delicate translucent quality of the paper goes well with our "sleight" theme and the reddish threading follows our color scheme) and the Ivory Linen Cardstock for the cover paper. We will be printing on the covers with a deep red ink (similar to our thread color). Now we are just waiting for our backordered paper pick
Read more 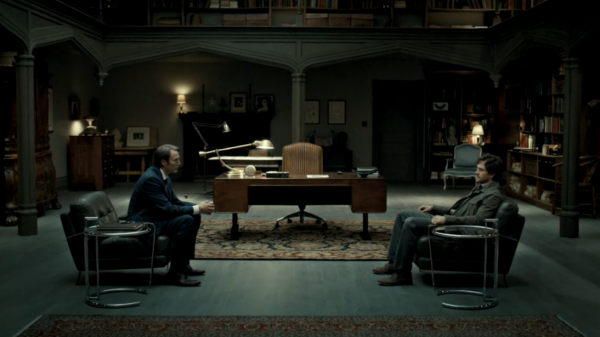 While watching the eagerly-awaited season 2 finale of Hannibal (one of my absolute favorite TV shows of the moment), I was happily surprised when a vocabulary lesson emerged mid-conversation between Hannibal Lecter and Will Graham. — "Do you know what an imago is, Will?" — "It's a flying insect." — "It's the last stage of a transformation." — "When you become who you will be?" — "It's also a term from the dead religion of psychoanalysis. An imago is an image of a loved one, buried in the unconscious, carried with us all our lives." — "An ideal." — "The concept of an ideal." Of course this term, in both of its definitions, has some great significance for me. It is a word I didn't even know until I stumbled across it in my dictionary browsing and knew immediately that this is the title of my chapbook . It was perfect. So when it snuck up on me again in my favorite TV show, in
Read more 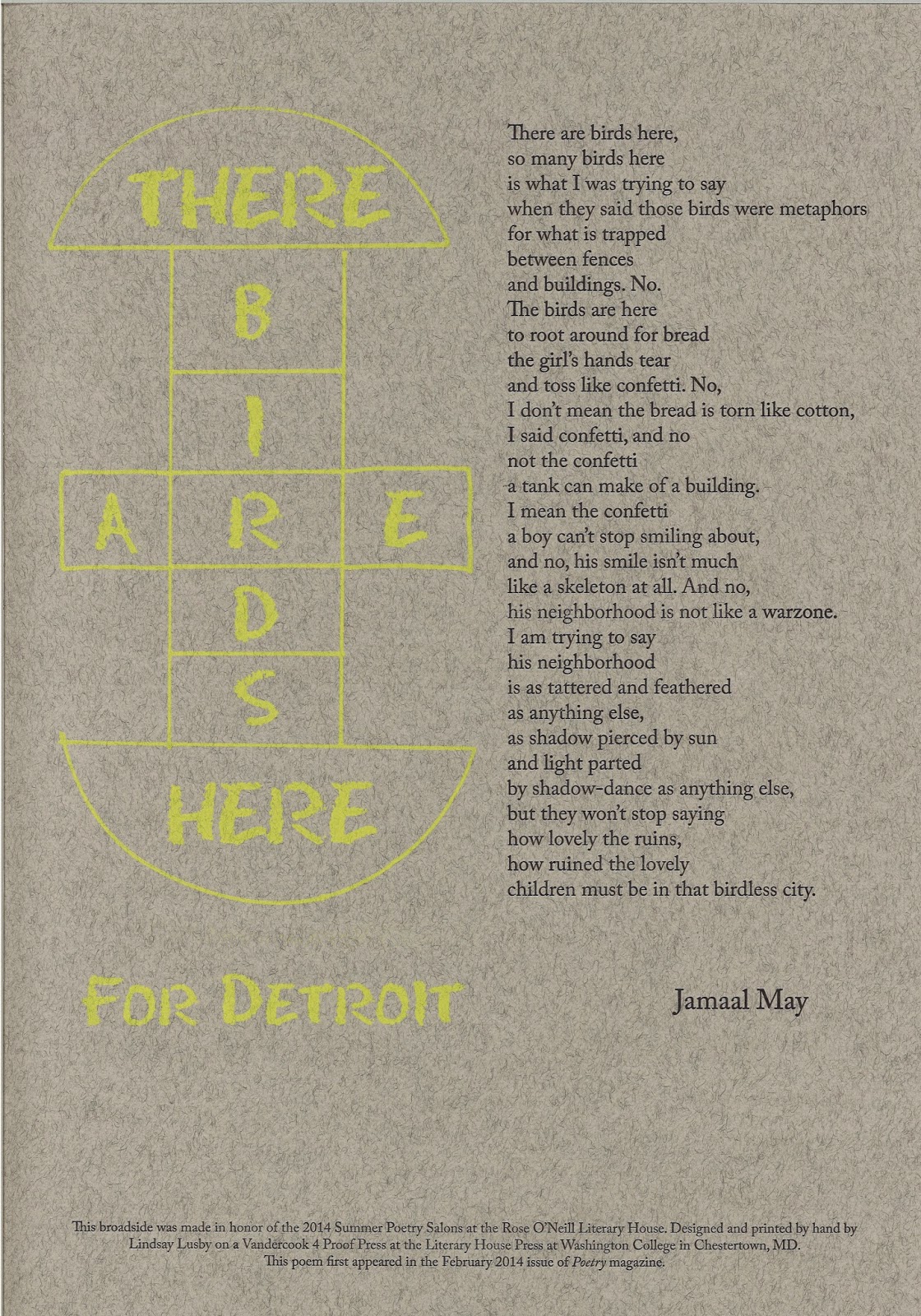 We are now in the full porch-swing of summer, which means Summer Poetry Salons at my beloved Lit House. In celebration of the second salon of the summer on June 24 (tomorrow!), I was given the unbelievably fun task of designing and printing a letterpress broadside for Jamaal May's poem "There Are Birds Here,"  a love song for Detroit. As much I loved this poem on my first reading (and second and third), it was a particularly difficult design challenge. Don't get me wrong — there are so many ways  to illustrate this poem because it is so packed with images. But to illustrate it in a way that actually adds to the text, that builds on the complex foundation set down by the poet — that is the challenge to be met. That is the challenge we always aim to meet at the Literary House Press .   So that means no birds and no buildings. For me, those are the two most obvious, but least important images in this poem. Those details are just the shell around the actual poem
Read more